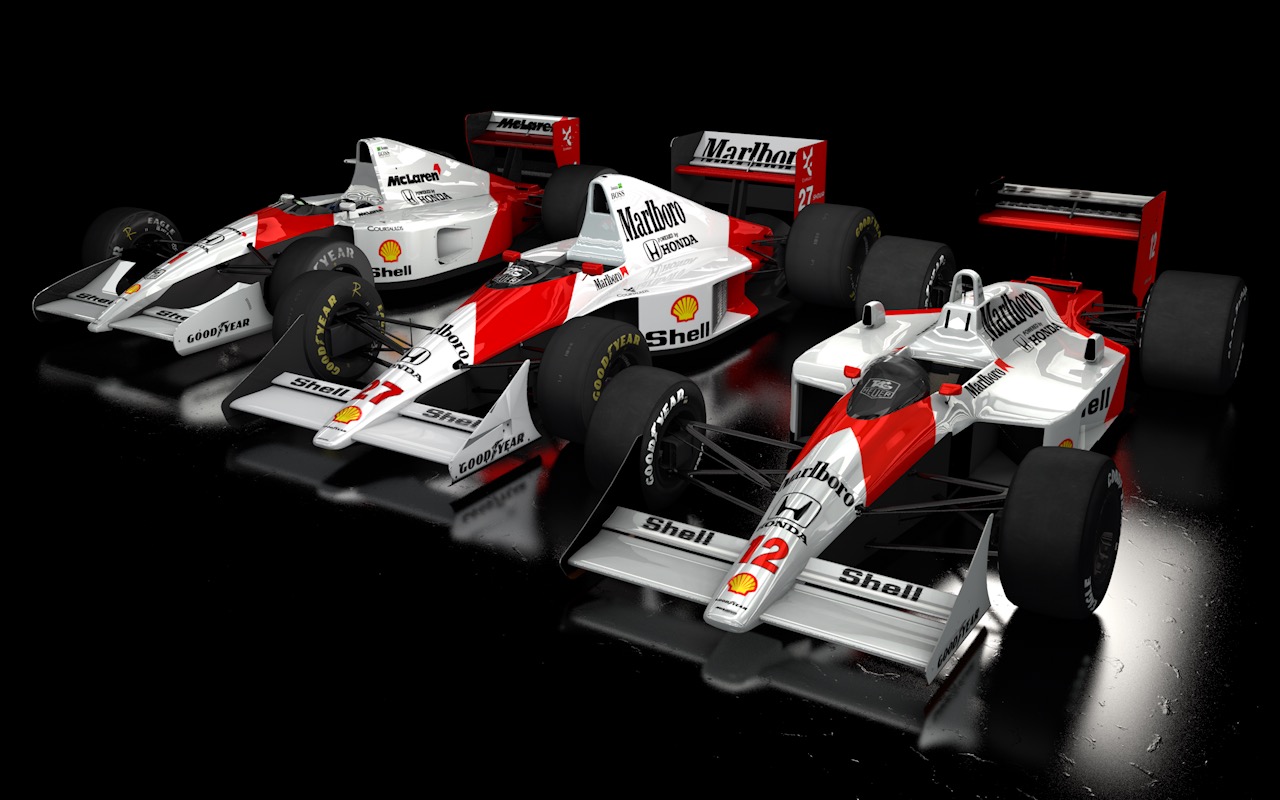 One of the most beautiful F1 cars ever made, the McLaren MP4-4 is considered to be the greatest car in the history of grand prix racing. Ayrton Senna and Alain Prost piloted this car during the 1988 season.

Senna won 8 races out of 16, Prost won 7 and Gerard Berger with the Ferrari scored one race and one pole. An almost absolute domination never seen before (or after) in Formula One.

Aside from the geniuses of Senna and Prost and the McLaren superior hardware, this car had some advantages over other cars. McLaren decided to retain some aspects that would be changed for the next season. While other constructors changed their designs to accommodate and test for the next season (89) changes, McLaren retained most of the advantages. The result was almost absolute supremacy, the cars won all but one race, and score all but one pole position of the season, and made 10 best laps out of 16.