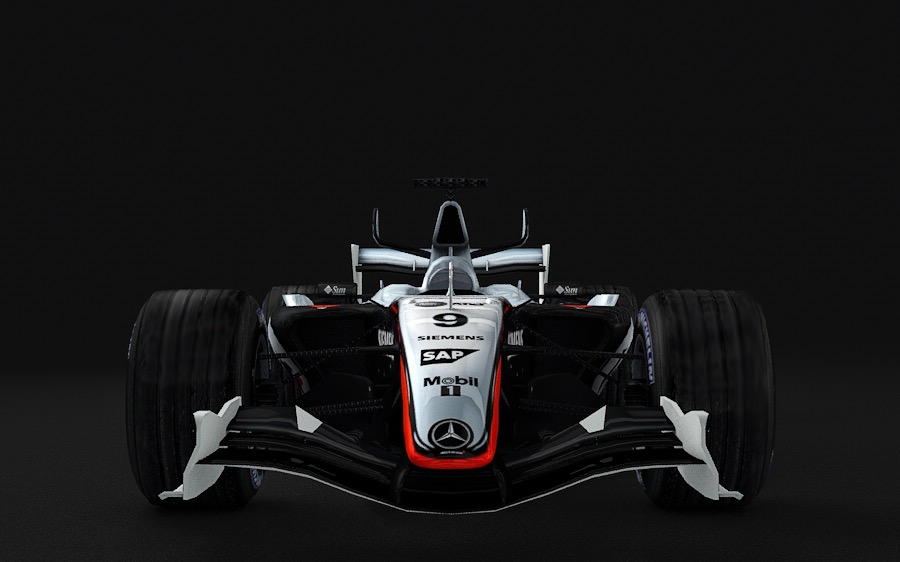 The McLaren MP4-20 was designed by Adrian Newey and Mike Coughlan, and introduced at the beginning of the 2005 Formula One season.

The car's chassis was an almost completely new design after the failure of the MP4-18 and MP4-19. The new car featured the revised aerodynamics and suspension, including a raised front wing, smaller diffuser and rear wing moved further forward.

Continual development throughout the year made the MP4/20 the fastest car in F1 from mid-season onwards. It raced 19 times with 10 wins, 18 podiums, 7 poles and 12 fastest laps.