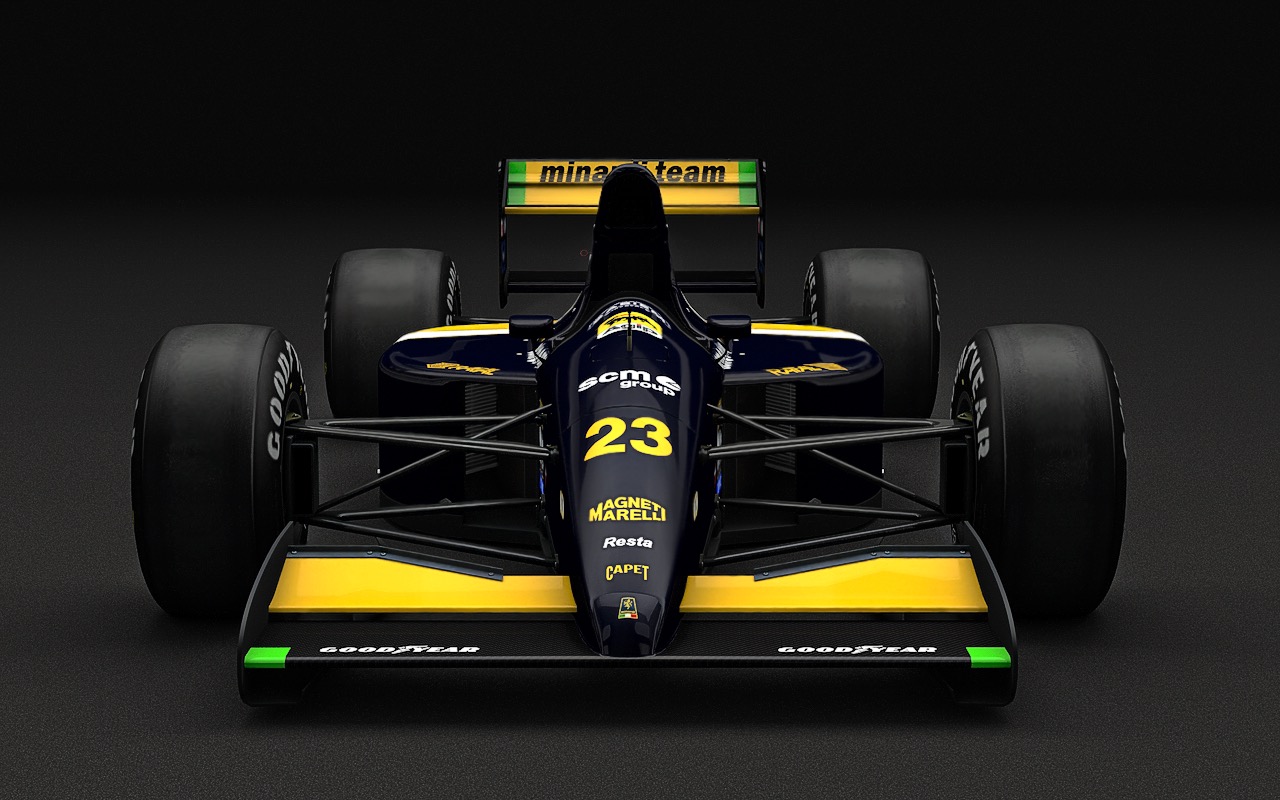 The Minardi M191 was a Formula One car designed by Aldo Costa and Rene Hilhorst and built by Minardi for the 1991 Formula One season. The car was powered by the Ferrari V12 engine and ran on Goodyear tyres. Its best finish in a race was 4th (twice).

For the 1991 season, team owner Giancarlo Minardi arranged a supply of Ferrari V12 engines to replace the Cosworth V8s that it had used since 1988. However, the new engines, designated 036, were actually those used by Ferrari during the 1989 season and had not received any further development. Later in the season, Minardi received 037 specification engines, which were those from Ferrari's 1990 car.

The chassis was designed by Aldo Costa with Rene Hilhorst providing aerodynamic input.